Charlie Barnett a native of Florida is an American actor. He is known for playing the role of Peter Mills on the NBC tv show Chicago Fire. He also stars as Zaveri on the Netflix comedy series Russian Doll.

Charlie stands at an estimated height of 5 feet 10 inches and weighs about 80 kg. He has black hair and brown eyes. Further details about his body will be updated soon.

Charlie was born and raised in Sarasota, Florida. He was raised by his adoptive parents Bob a boat builder from Minnesota and Danee Barnett originally from Utah. Information about his birth parents is currently not available.

Barnett is not married and has never been married. He is openly gay. He revealed that he realized he was gay at the age of 13.  Barnett is quite discreet about his personal life, therefore, not much is known about his relationships. 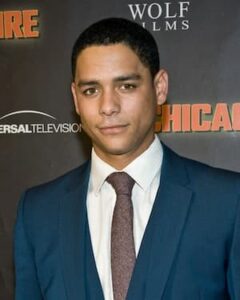 Barnett is best recognized for his portrayal of firefighter/paramedic Peter Mills on the NBC drama Chicago Fire from 2012 to 2015. The show premiered on October 10, 2012. Barnett played the role of Ian Porter on The CW series Valor. His other notable roles include; Alan Zaveri on the Netflix series Russian Doll, Ben Marshall on the Netflix miniseries, Tales of the City, and John Diggle, Jr in Arrow.