Emanuel stands at an estimated height of 5 feet 10 inches (1.78 meters) and weighs about 78 Kgs (172 lbs). He has attractive brown eyes and he is bald. There are no further details about his body measurements.

Ceaser was born and raised in New York. He was born to his parents whose information he has not yet disclosed. Emanuel was raised alongside his two sisters. He has not disclosed any further details about his family.

Emanuel has two sisters whose names are still under review. However, Sky who is Ceaser’s longtime friend has been speculated to be his sister. The two have been friends since 2015 when she started working at Ceaser’s tattoo shop as a front desk receptionist. 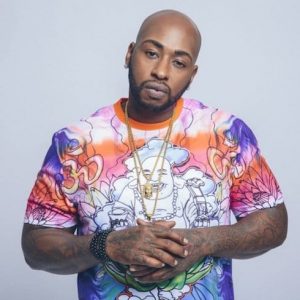 Emanuel has never been married before. He has, however, been in several relationships. He is currently dating his girlfriend Suzette Samuels a licensed realtor and credit specialist. Ceaser has been in a previous relationship with Dutchess Latimore a tattoo artist and actress. She also appeared on Black Ink Crew and Love And Hip Hop New York. Ceaser shares a daughter with Crystal Amor. His daughter’s name is Cheyenne.

Emanuel has a daughter 17 years of age called Cheyenne. Her mother is Ceaser’s ex-girlfriend Crystal Amor. Despite the two not being on good terms, they have always maintained a peaceful relationship with their daughter. In 2021, Chayene accused her father of physical abuse. She talked about it through Instagram stories and videos.

Ceaser came to prominence after starring in the reality tv show Black Ink Crew. The reality show premiered on January 7, 2013. It follows the lives of tattoo artists working in a tattoo shop owned by Ceaser located in Harlem, New York.

Its tenth season is set to premiere on February 21, 2022.  The show airs on VH1. The show’s spin-off Black Ink Crew: Chicago premiered on 26th October 2015. Ceaser has also appeared on Love And Hip Hop: New York and Love And Hip Hop: Atlanta.