Cassandra “Cassi” Davis-Patton is an American actress and singer. She is best known for playing the role of Ella Payne on Tyler Perry’s House of Payne and its spin-off series The Paynes. She has also played the role of Betty Ann “Aunt Bam” Murphy in the Madea franchise since 2010.

Davis stands at an estimated height of 5 feet 8 inches (1.72 meters). She weighs about 85 Kgs (185 lbs). She has black hair. However, she regularly changes her hair color. Her eyes are dark brown.

Davis was born and raised in Holly Springs, Mississippi. She was born to her parents whose information she has not yet disclosed. As for her education, she went to Spelman College in Atlanta where she majored in music.

Davis is happily married to her husband Kerry Patton. They tired the knot on January 11, 2017. They had been dating since 2007. Kerry is a United States Air Force veteran currently working as an actor, stuntman, writer, producer, and director. 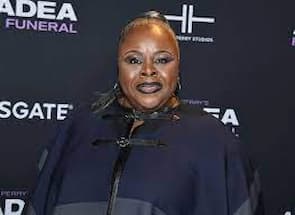 It was in 1988 when Cassie started acting. She had a supporting role as Paula in the Spike Lee comedy film School Daze. She went on to appear on Living Single, Married… with Children, Kenan & Kel, and The PJ’s. She is best known for playing the role of Betty Ann “Aunt Bam” Murphy in the Madea franchise since 2010.

Her character as Ella Payne in the TBS sitcom Tyler Perry’s House of Payne earned her two NAACP Image Awards for Outstanding Actress in a Comedy Series. She went on to reprise the same role in the show’s spinoff The Paynes that aired on Oprah Winfrey Network