A native of Bitburg, Germany, Carrington Rodriguez is aa German- American reality TV star who is best known as a contestant on CBS’s Love Island, season 2.

He also works as a sales manager working in Salt Lake City.

At the moment, there is little information available about his parents. It is only known that he was born in Bitburg Germany and later on his parents moved to the USA. 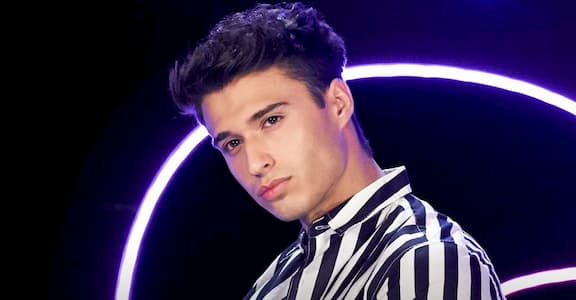 It is also known that he hails from Salt Lake City in the state of Utah. This is probably where his parents settled when they moved to the USA. We will provide more information on Carrington’s parents.

Rodriguez is the youngest of three siblings. He has a brother named Carlos and a sister named Lauren.

Rodriguez has been open about his dating experiences. He has revealed that he has been single for three years. This was after a relationship he was in came to an end.

Although he did not reveal the identity of the girl he was dating, Carrington expressed regrets over not going after and fighting for her.

Rodriguez attended Lay ton High School where he graduated from in 2015. He played for the school’s varsity team.

After graduating from high school, Carrington joined Visible Supply Chain Management as a brand development executive He later went on to become Parcel Account Executive a position he worked in for 11 months before he eventually stepped down.

For one year, Rodriguez also worked for EasyPost as Enterprise Account Executive.

As form November 2019, he now works as Brand Development Manager in First Mile, a Rakuten Company.

Rodriguez became well known as a contestant on season 2 of Love Island USA. From day one, he became a fan favorite due to his humorous and warm traits.

Since being on the show, he has been on a date with Kristen Saulter who chose him for the first date.

Other love Island contestants on season 2 are;