A native of Auckland, New Zealand, Callan Mulvey is an Australian actor. He is best known for his roles as Bogdan ‘Draz’ Drazic in Heartbreak High and Mark Moran in the Australian drama Underbelly, Sergeant Brendan ‘Josh’ Joshua in Rush.

Mulvey was born and raised in Auckland, New Zealand by his loving and devoted parents. However, our efforts to find out more about his parents came to no avail as no such information is publicly available. Thus, the identity of Mulvey’s parents is still unclear. We will update this section once this information is available. He has two siblings; James Mulvey, and Aroha “Aree” Mulvey. 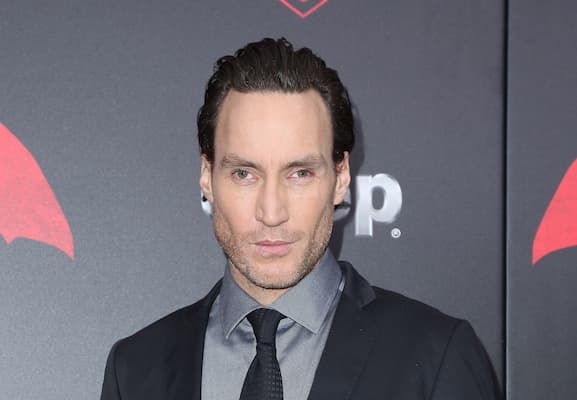 Mulvey is happily married to academic Rachel Thomas, with whom they were blessed with a son called Charlie Mulvey.

Mulvey has an estimated net worth of $1.3 Million.

Mulvey was injured in a severe car accident in 2003,  in a head-on collision at 100 km/h (62 mph). He was trapped in the vehicle for almost an hour until he could be freed from the wreckage. The midsection of his face totally collapsed, an incision was made from ear to ear over the top of his scalp, his face “pulled down” and 17 titanium plates were then inserted to repair the fractures to his face and jaw. His left knee and ankle were also badly fractured. Mulvey also permanently lost his vision in his left eye.

Mulvey used a personal interest in skateboarding and rollerblading to work as a stunt double about two years prior to winning the role of Drazic in Heartbreak High. His first role was as a victim of a robbery in a police training video.

In 2004, he re-entered the spotlight for the release of Thunderstruck. He had guest spots on Home and Away (as Johnny Cooper) from 2006 to 2008 and McLeod’s Daughters during 2007. He starred in the 2008 Australian underworld crime show Underbelly as Mark Moran and emerged in the police series Rush as Sgt. Brendan “Josh” Joshua.

In 2012, he starred in the underworld crime miniseries Bikie Wars: Brothers in Arms as Mark Anthony “Snoddy” Spencer and appeared in Kathryn Bigelow’s Zero Dark Thirty as Saber. The following year, he starred in The Turning, directed by Robert Connelly.

In 2014, he appeared in 300: Rise of an Empire as Sylvia. Also in 2014 he also appeared in Captain America: The Winter Soldier as Jack Rollins. It was his second time appearing in a film as a soldier alongside Frank Grillo. Later, he starred in the Katie Holmes black comedy Miss Meadows as Skylar. Following this, he then starred as Jack Taylor in Kill Me Three Times along with Sullivan Stapleton (who he previously worked with on 300: Rise of an Empire), Teresa Palmer, Simon Pegg, Alice Braga, and Bryan Brown.

In 2016, he emerged briefly in Warcraft, the film adaptation of Warcraft, credited as Warrior,[8] as well as joining the main cast of Starz TV’s Power, for season three, as Dean.