A native of Philadelphia, Bob Saget is an American stand-up comedian, actor, and television host. He is known for his television roles like Danny Tanner on the ABC sitcom Full House (1987–95).

Saget also provided the voice of the future Ted Mosby from 2005 to 2014 on the CBS sitcom How I Met Your Mother.

Saget was married to Kelly Rizzo, a food and travel blogger who hosts the streaming series Eat Travel Rock. The couple got married in 2018. Bob was previously married to Sherri Kramer from 1982 to 1997 when they divorced. They had three children together. 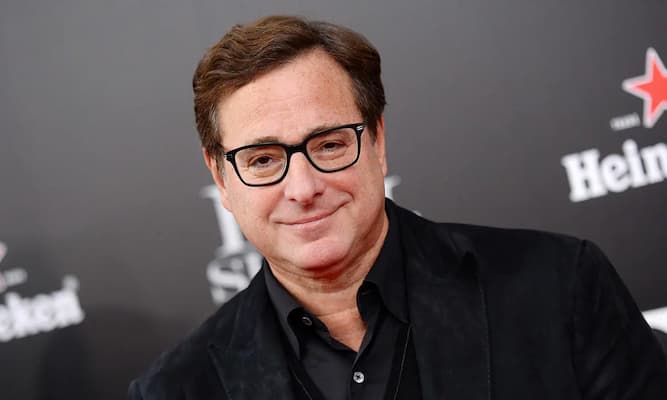 Saget stands at a height of 6 feet 3 inches.

Saget has three children, all girls, from his previous marriage with Sherri Kramer. Their names are; Aubrey, Lara Melanie, and Jennifer Belle.

He described his daughters as his greatest accomplishments. One of his daughters, Aubrey, is fairly popular for her online gallery paintings of everyday objects.

Bob was hosting a show on ABC called, “Videos After Dark”. Speaking to News with a Twist Reporter Kenny Lopez, Bob explained what makes this new show so outrageous. He said, “This is not like the old video show. It really suits New Orleans. It suits it because it is blurred body parts and babies cursing. I’d recommend it for kids 12 and up. It is rated PG-12.”

“We’re in a time right now as you know that people need to laugh and a lot of the things people laugh at are a little irreverent,” he went to say.

Saget was on January 9, 2022, found unresponsive in his room by the hotel staff around 4 p.m. EST, at The Ritz-Carlton Orlando, Grande Lakes. He was pronounced dead at the scene by emergency responders.

At the time of his death, he was in the midst of a stand-up tour and had performed in Ponte Vedra Beach, Florida, the previous evening. His cause of death has not yet been made public.

Saget has an estimated net worth of $100 million dollars.