Blake Horstmann is an American reality personality known as a fan favorite contestant who appeared in the 14th season of Bachelorette.

Horstmann is a sales representative by profession who loves traveling and meeting new people.

Horstmann was born and raised in Bailey, Colorado. His mother is known as Shelly Horstmann. He grew up together with his sister, Tori Horstmann.

As a kid, Horstmann used to involve in sports a lot and used to play football and basketball. He attended Hastings College in Nebraska where he graduated with a communication and marketing degree in 2011. 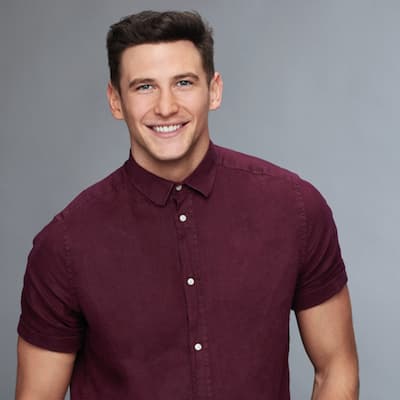 While in high school and in college, he was involved in a lot of sports activities. While in college, he played for the Hastings College Bronco Football Team.

Since 2014, Horstmann worked as a sales representative for Coors Distributing Company. While there, he worked in different positions for the company.

He also worked as a survey manager when he was involved with National Research Corporation.

Horstmann was cast in the 14th season of Bachelorette which premiered on May 28, 2018.

His bio stated that he considers himself a modern romantic who believes that two people need to be independent in order to truly love each other, so he’s looking for his equal match.

Horstmann finished runners-up during that season after losing the final rose to Garrett Yrigoyen.

Horstmann is being cast in the 6th season of Bachelor in Paradise. Just barely a week before the filming finished, he is said to be involved in drama as shared by Reality Steve.

He reportedly gets the first “Date Card,” giving him the ability to ask out anyone at the resort. According to Steve, he asks Adams on a date, who appeared on Colton Underwood’s season of The Bachelor.

However, when Shulman arrives on day two and asks Horstmann out, he says yes — and, naturally, drama ensues.

Horstmann’s net worth has not been disclosed yet.