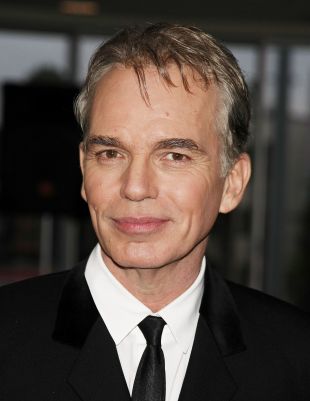 Bob graduated from Malvern High School in 1973. A good high school baseball player, he tried out for the Kansas City Royals but was released after an injury. After a short period laying asphalt for the Arkansas State Transportation Department, he attended Henderson State University to pursue studies in psychology but dropped out after two semesters. 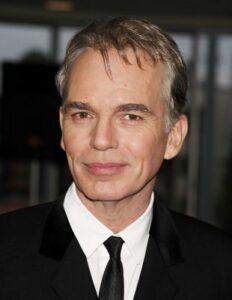 His brother Jimmy Don wrote a number of songs; he recorded two of them (“Island Avenue” and “Emily”) on his solo albums. He is of part Irish descent. He has another brother, John David Thornton.

From 1978 to 1980, Bob was married to Melissa Lee Gatlin, who in her divorce petition cited “incompatibility and adultery on his part”. They had a daughter, Amanda (Brumfield), who in 2008 was sentenced to 20 years in prison for the death of her friend’s one-year-old daughter. Amanda was freed in 2020 after a deal was reached with prosecutors prior to an evidentiary hearing to provide medical and scientific evidence of her innocence.

Thornton married actress Toni Lawrence in 1986; they separated the following year and divorced in 1988. From 1990 to 1992, he was married to actress Cynda Williams, whom he cast in his writing debut, One False Move (1992).

In 1993, Thornton married Playboy model Pietra Dawn Cherniak, with whom he had two sons, William and Harry James. The marriage ended in 1997, with Cherniak accusing Thornton of spousal abuse, occasionally in front of his kids.

Thornton was engaged to be married to actress Laura Dern, whom he dated from 1997 to 1999, but in 2000, he married actress Angelina Jolie, with whom he starred in Pushing Tin (1999) and who was 20 years his junior. The marriage became known for the couple’s eccentric displays of affection, which reportedly included wearing vials of each other’s blood around their necks; Thornton later clarified that the “vials” were actually two small lockets, each containing only a single drop of blood. Thornton and Jolie announced the adoption of a child from Cambodia in March 2002, but it was later revealed that Jolie had adopted the child as a single parent. They separated in June 2002 and divorced the following year.

In 2003, Thornton began a relationship with makeup effects crew member Connie Angland, with whom he has a daughter named Bella and they reside in Los Angeles, California. Although he once said that he likely would not marry again, saying that he believes marriage “doesn’t work” for him, his representatives confirmed that he and Angland were married on October 22, 2014, in Los Angeles.

Bob has an estimated net worth of $45 million.

During his early years in Los Angeles, Bob was admitted to a hospital and diagnosed with myocarditis, a heart condition brought on by malnutrition. He has since said that he follows a vegan diet and is “extremely healthy”, eating no junk food as he is allergic to wheat and dairy.

He has obsessive-compulsive disorder. Various idiosyncratic behaviors have been well documented in interviews with him; among these is a phobia of antique furniture, a disorder shared by Dwight Yoakam’s character Doyle Hargraves in the Thornton-penned Sling Blade and by Thornton’s own character in the 2001 film Bandits. Additionally, he has stated that he has a fear of certain types of silverware, a trait assumed by his character in 2001’s Monster’s Ball, in which Grotowski insists on a plastic spoon for his daily bowl of ice cream.

In the 1970s, Bob was the drummer of a blues rock band named Tres Hombres. Guitarist Billy Gibbons referred to the band as “the best little cover band in Texas”, and Thornton bears a tattoo with the band’s name on it.

In 1985, he joined Piet Botha in the South African rock band Jack Hammer, while Botha worked in Los Angeles. Thornton recorded one studio album with Jack Hammer, Death of a Gypsy, which was released in 1986.

In 2001, he released the album Private Radio on Lost Highway Records. Subsequent albums include The Edge of the World (2003), Hobo (2005), and Beautiful Door (2007). He performed the Warren Zevon song The Wind on the tribute album Enjoy Every Sandwich: Songs of Warren Zevon.

He recorded a cover of the Johnny Cash classic “Ring of Fire” with Earl Scruggs, for the Oxford American magazine’s Southern Music CD in 2001. The song also appeared on Scruggs’ 2001 album Earl Scruggs and Friends. In 2007, Thornton formed The Boxmasters with J.D. Andrew.