He rose to prominence alongside his wife Claudia Oshry aka @GirlWithNoJob.

Ben and his now wife Claudia, began dating in 2016. She is also an Instagram celebrity, Youtuber, and social media influencer.

She has over 3 million followers on her Instagram @girlwithnojob and just like her husband, she regularly posts funny memes. 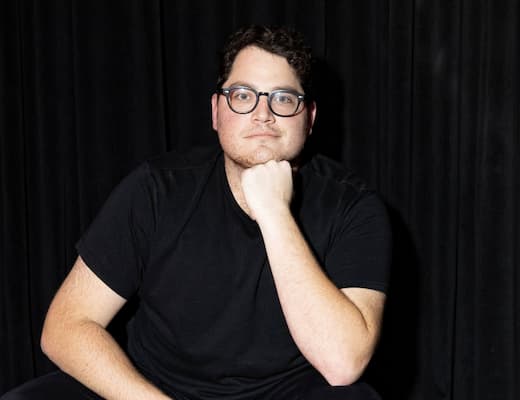 Claudia is the daughter of Pamela Geller, an anti-Muslim, far-right, political activist, blogger, and commentator.

Ben and Claudia got married in September 2017, after one year of dating.

During Heidi Klum’s Halloween party, Ben and Claudia stole the show by dressing as Rob Kardashian and a pregnant Blac Chyna.

Soffer and Claudia have been featured on Comedy Central, People magazine, the Huffington Post, iHeartRadio, and plenty of other outlets.

Soffer makes money by sharing funny memes on Instagram. He rose to prominence alongside his wife Claudia Oshry aka @GirlWithNoJob. Ben is a former dental student who never dreamed of having a successful career in comedy.

He started out as fun and it later turned into a booming business. Ben and his wife are now influencers working with brands like Captain Morgan and Smirnoff to promote products to their massive audiences.

Soffer is also a manager of Influencer Media at VaynerMedia where he helps some of the world’s biggest brands run influencer marketing campaigns.

Ben Soffer: You’ve gotta be cool. You’ve gotta have a hook. The key to growing is high-quality content. Your iPhone isn’t good enough anymore. From a lifestyle perspective, your content needs to be shot on a great camera by a photographer, and you need to post three to five times per day.

Memes are different. The photo can be shittier quality, it’s just gotta be funny. But you can’t take days off. If I forget to post for three days, people will find a meme account that never forgets and always gives you your daily dose of funny content.

The organic reach on Instagram is around 35% — now that feeds are no longer organized in chronological order. That means you need to be posting multiple times per day to make up for the fact that only 35% of people are going to see each post.

You create about 40% of your own content and curate the rest. Where do you find all of those awesome memes?

Ben Soffer: Everyday I’m sent hundreds of memes, but 99.9% of them are complete shit. Like some of the worst memes, you’ve ever seen. I find stuff on Reddit. I find stuff on smaller meme accounts. Then I’ll repost.

Don’t people see that as stealing or taking credit for other people’s content?

The whole controversy around Fat Jewish a few years back was a huge step. Now, everybody actively tags and credits back. A little secret is that we’re actively tagging the person that gave us the meme — not exactly the person who made it. I always say that if you made it, please contact me.

I will delete it if you want. I will tag you if you want. If you think everything that’s tagged is from the creator, you’re crazy. It’s impossible.

At VaynerMedia, you’re trying to prove to brands that influencer marketing isn’t a fad, it’s the future. What is your argument?

Ben Soffer: Why are you paying a creative team to make your content? You should be paying influencers because they are creators and syndicators. They do both for one price.

If I told a marketer that I can get you a creative shop and a news publication to push it out for $17 cost-per-thousand impressions (CPM), they’d fall over. That’s what we do.

It’s time to start realizing the true inherent value of influencers being content creators and syndicators. You can literally launch an entire brand using just influencers and their content — and use their syndication to push for major brand awareness.

Social is not going away. As long as you have social, you’re going to have people who are influential.

There’s no influencer of any substantial size that can actually do that. The only person who can do that is somebody that lives in New York with 1,000 followers made up of friends and family that all live in New York too. Brands should be activating those micro-influencers at scale.

Why is authenticity so crucial to influencer marketing campaigns?

Ben Soffer: Authenticity is the biggest reason why you work with influencers. They’re only authentic if they’re authentic to your brand. Influencers can be off-brand for certain brands. Identify an influencer whose content would seamlessly integrate into the client’s content. Just because you have an authentic fashion influencer, doesn’t mean they’re right for Ralph Lauren. Ralph Lauren has a particular look. You need to make sure the influencer is so authentic that if you took their content and put it on the Ralph Lauren Instagram, it would make sense.

Which brands are getting it right on social?

Ben Soffer: Oreo is killing it because they have done what many brands consider impossible — making a very successful social presence for a consumer packaged goods (CPG) brand.

Oreo uses a combination of influencers, a very skilled social team and a very skilled production team. Their videos look like full films that clearly took a lot of time and energy to capture. Building social isn’t easy — if you do it half-assed you will fail. You need to invest the time and it’s very clear Oreo does that.

What are brands doing wrong when approaching influencers?

Why would I ever do that? I know my brand. I have 1-and-a-half million followers because I know what my people like. You may think that this meme that you made is funny — having zero followers and not garnered any kind of audience, so I doubt that it is funny.

But I have my ways of incorporating a brand into a message while keeping it light and authentic.

Also, you have to be realistic with the budgets that you’re putting out or else you’re going to offend influencers and they’re never going to work with you. They’re never gonna look at your emails. They’re gonna send them straight to trash.

How are your brand partnerships typically structured?

Ben Soffer: We have an upfront with Diageo. My fiancée and I have been working with Captain Morgan for a year-and-a-half now. We’re also working with Smirnoff and George Dickel.

They’ll say to us, “we have this campaign and creative messaging. Create a meme incorporating this bottle and aligning to this message.” They’re giving me free reign as a creator.

An even more fun approach is this. Diageo flew us to Nashville recently. It’s much easier to capture content when you’re in a George Dickel distillery. Or in Orlando at a Captain Morgan bar crawl. You invite influencers to these cool events, it makes it much easier to capture that authentic content — as opposed to me doing it in my living room.

How many ads are too many for an influencer to post?

Ben Soffer: If you’re running five posts per day that’s 35 post per week — so maybe two ads per week. Tops. Even at that rate, people notice. I’ll 100% see followers lost on days when I push ads. You can’t sell out. Also, you have to put #ad #sponsored or #xpartner — can’t mess around anymore.

Ben Soffer: I’m not gonna push something overtly inappropriate. Weed pen companies have come to me with massive budgets but I can’t post about selling weed products. I can occasionally joke about being high because, hello, it’s 2017.

I know that from a brand perspective I’ll never get any brand deals. I have enough followers that you can make people believe something. It’s a very powerful tool and you have to be smart with it.

When you were at Yeshiva University studying to be a dentist, did you ever think that you’d jump into comedy?

Ben Soffer: We would be nothing without social media. Would I ever have pursued a career in comedy? No. I got fortunate. This is a way to be funny without quitting my job. If you’re a comedian, you’re in dive bars dying to be recognized. Struggling. I’m fine with being an Instagram celebrity.

That said, I think I’m very good and comfortable on camera. We did some TV for the Food Network and HGTV. Claudia has a new morning show called the Morning Breath. A reality show would be great. I think we’d kill that.

Wait, are you angling for a reality show?

Ben Soffer: We do cool shit. We live in the city. We have a good friend group. I think people would be excited to see a little into our lives. The biggest point I’d love to get across here is that people love our content because it’s unbelievably relatable.

We appeal the masses. We get wasted and come back at 4 in the morning and eat chicken nuggets. I’m not a stick skinny guy. We’re average Joe’s that appeal to average Joe’s. We’re very approachable. It’s been discussed but it’s still a pie-in-the-sky idea. If E! or Bravo happen to be reading this interview — call me.

Curalate helps more than 850 of the world’s leading brands sell online more effectively by creating compelling commerce experiences that adapt to how consumers discover products. On average, our clients achieve 79% increases in time-on-site, 16% jumps in average order value, and 31% increases in conversion rate.