A native of Brighton, Massachusetts, Beane whose real name Brennan Hepler is an American singer who is a contestant on season 19 of American Idol.

Brennan was inspired to pursue music after seeing a local concert and has been singing since he was 5 years old. He later took up trombone and joined musicals.

Brennan graduated from Berklee College of Music in 2019 where he majored in Music Business Management.

Brennan stands at a height of 5 feet 11 inches. 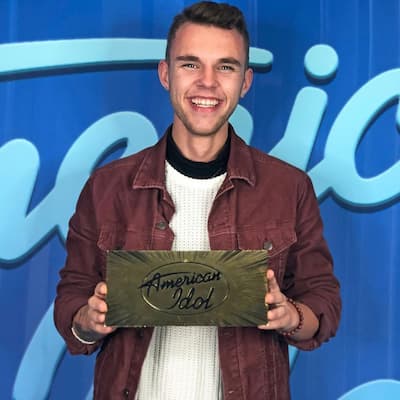 Brennan’s grandfather was a pastor and his grandmother loved singing. She was the voice behind the music and Brannan says she lied the music foundation in him.

At the moment there is no more information available about his parents. We will update once it is available.

Brennan is a contestant on season 19 of American idol which premiered on February 14, 2021. During his audition, he sang a cover of Vulfpeck’s “Wait For The Moment”.

He won over judges Katy Perry and Lionel Richie while Luke Bryan did not think he was a fit for American Idol.

“You’re the new, modern-day Mr. Rogers. “You’re about as familiar as we’ve been knowing you for the last 40 years.” Beamed Lionel Richie.

“You create a little ambiance that’s very infectious, and it’s really frustrating for us to tell you that you may not be American Idol,” Luke told him.

However, Katy Perry disagreed with Luke saying; Perry then interrupted, saying, “Well, hold on, I see something very special. You are a walking pocket full of sunshine. And it’s not put on. It’s literal stardust.”

Two of the judges voted in his favor sending him to the next round which is Hollywood.

We will update Beane’s top 12 performance once it airs on the Sunday of April 18, 2021. We will get to know whether he proceeds to the next round.

Other contestants on season 19 of American Idol include;