Babs Olusanmokun is a Nigerian-American actor known for appearing in films and tv shows like Black Mirror, The Defenders, and Dune. He was cast to play the role of Dr. M’Benga in the upcoming tv series Star Trek: Strange New Worlds.

Olusanmokun was born in Lagos, Nigeria. He has not disclosed any information about his parents and siblings if he has any. The actor has been discreet about his personal life. However, this information will be updated soon. He is based in New York.

Olusanmokun has not disclosed any information about his personal life, therefore, it is hard to determine his marital status. The actor prefers to keep his personal information under a low profile. This information will be updated soon. 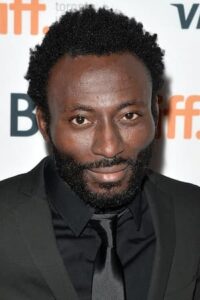 In 2017, Babs played the role of Clayton in an episode “Black Museum”, of the British anthology television series Black Mirror. The episode was also written by magician Penn Jillette and stars Douglas Hodge as Rolo Haynes and Letitia Wright as Nish.

Babs played the role of Sowande in the American television miniseries The Defenders. The miniseries which premiered on Netflix was created by Douglas Petrie and Marco Ramirez. It is based on the Marvel Comics Iron Fist, Daredevil, Luke Cage, and Jessica Jones who form a superhero team. It starred Charlie Cox, Krysten Ritter, Mike Colter, and Finn Jones.

Babs was cast to play the role of Dr. M’Benga in the tv series Star Trek: Strange New Worlds. The tv series is created by Akiva Goldsman, Alex Kurtzman, and Jenny Lumet and is set to premiere on Paramount+. It is a spin-off from Star Trek: Discovery and a prequel to Star Trek: The Original Series.

Olusanmonkun has an estimated net worth of $2 million.