A native of Highland Park, Texas, Angie Harmon (Angela Michelle Harmon) is an American actress and model best known for her role as Detective Jane Rizzoli on the TNT series Rizzoli & Isles.

Harmon was born to her parents Daphne Demar and Lawrence Paul Harmon, a hospital information network executive in Dallas, Texas. 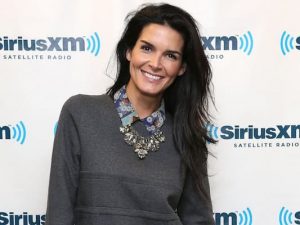 Harmon started acting in 1995 after David Hasselhoff spotted him on a plane. From 1998 to 2001, she portrayed ADA Abbie Carmichael on Law & Order. She appeared in the ABC pilot Secrets of a Small Town in 2006, but it was not picked up for a series.

Also, she co-starred in the TNT crime drama series Rizzoli & Isles with Sasha Alexander from 2010 to 2016. Harmon announced in July 2012 that she was a fan of Marvel Comics’ She-Hulk and would be interested in playing her in a film adaptation if one were available.

Harmon has an estimated net worth of $30 million.