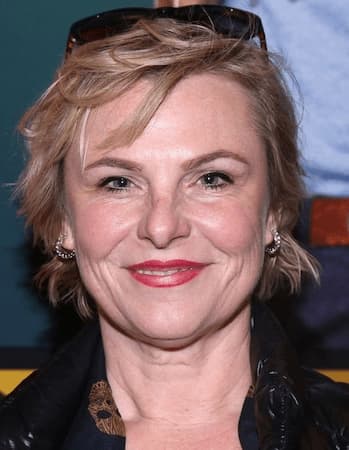 A native of  New York city, Angelica Page is an American actress, director, producer, and screenwriter who is the only daughter of actors Rip Torn and Geraldine Page.

She was previously known as Angelica Torn in her early career but she legally and professionally changed her name to Angelica Page in September 2011.

Page was born as Angelica Torn in New York City to actors Rip Torn and Geraldine Page. She was raised in New York City and has noted that her parents’ marriage was turbulent and marked by frequent fighting.

Page described herself as a “shy child” but her mother encouraged her to act. She was, however, resistant to pursuing it. Page attended the Bank Street School for Children in Manhattan.

Her mother died in 1987. She had been found dead in her lower Manhattan townhouse. She was determined to have died of a heart attack.

After her mother’s death, Page exploring acting as a career option, as it had been her mother’s “dying wish.”

“My mother died before she ever had a chance to see me realize this dream that she apparently had for me, but never spoke of. She wanted me to make my own decisions, but then at the end when she realized she didn’t have any time left, she made me promise.” Page said.

Her father Rip Torn died on July 9, 2019, at his home in Lakeville, Connecticut. He was 88 years old at the time of his death.

Page had commented that she has a combative relationship with her father, stating: “He’s a worthy adversary. He’s a very strong personality. He’s an amazing person, an amazing father, but sometimes there are certain things we don’t see eye to eye on. I call him on it and we fight, just like anybody else.”

Page is a married woman. She has been married thrice. She was first married to Keith William Burkhardt in 1984.

The couple had a son named Elijah, who was born in 1985. They also had a daughter. Page and Keith divorced in 1992.

Her second marriage was to actor Tim Williams in 1998. The two had met while performing in a 1996 stage production titled Strangers in the Land of Canaan, directed by her father. They divorced in 2001.

Page is now married to Dmitry Lipkin. They got married in 2017.

Page had her first professional role on Broadway as an understudy in the 1993 revival of Gore Vidal’s Anna Christie.

She subsequently made her feature film debut in Nobody’s Fool (1994). She also appeared in several independent films before having a supporting role in M. Night Shyamalan’s The Sixth Sense (1999).

In 2000, Page had a supporting role in Amos Kollek’s Fast Food Fast Women (2000), and in the Academy Award-nominated political drama The Contender (2000).

In 2001, she had a supporting role as Patty opposite John Travolta in the thriller Domestic Disturbance.

Page, in 2015, developed the one-woman show Turning Page, a biographical play in which she portrayed her mother.

The production opened in Los Angeles before touring nationally, and Charles McNulty of the Los Angeles Times praised it, writing:

“For those who have been touched by Page’s sorcery and I personally don’t know any great actor who hasn’t been Angelica’s virtuosic conjuring of her mother’s spirit is something to behold.”

The production continued to tour into 2017.