A native of Anderson, Indiana, Andrew Glennon is the boyfriend of reality television star Amber Portwood. According to eonline.com, he is a production member in the camera department.

Glennon is also a cinematographer in a couple of film projects.

The series documented the pregnancies and first months of motherhood for several teenage girls. She was later cast in the spin-off series Teen Mom. 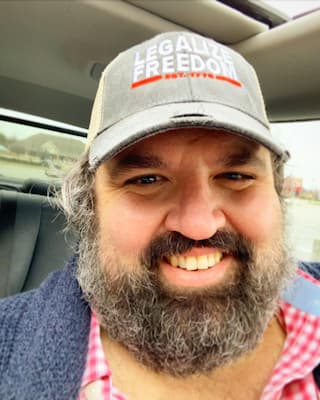 Glennon and Amber began dating in 2017. They met while filming the Marriage Boot Camp. On May 8, 2018, Amber gave birth to their first child together, a son named James Andrew Glennon.

On July 5th, 2019, Amber was arrested on domestic violence-related charges against Andrew Glennon.

“I received a text message from somebody saying that their life and their son’s life is in danger,” a responder on a 911 call to the Indianapolis Metropolitan Police Department claimed in a recording obtained by Radar Online Opens a New Window. .

Amber had previously been gushing about her boyfriend in an exclusive interview with Us Weekly in May. “He’s my soulmate and he’s a beautiful person,” she had said.

She had even talked about the possibility of having more children with Glennon. “I don’t see anybody else I could even, like, mesh with after him. I might have another kid with him. … I’ve been through a lot of stuff with men commitment-wise, but he’s that guy that you don’t want to lose out on,” Amber had told US.

Amber’s ex-fiance and the father of her daughter, Shirley spoke on her arrest in a tweet that read;

” “My prayers are with @AmberLPortwood, Andrew, & most importantly baby James,” he tweeted on Friday. “Idk any of the particulars, however, I’m thinking of them. And for all the questions and concerns Leah was/is currently camping with her best friend.”