Alexandra Pelosi (Alexandra C. Pelosi) is an American journalist, documentary filmmaker, writer and is the daughter of the Speaker of the United States House of Representatives Nancy Pelosi and Paul Pelosi.

Pelosi has made 12 HBO documentary films with Sheila Nevins.

Pelosi attended Loyola Marymount University where she earned a B.A. and later in 1993 she graduated from the University of Southern California’s Annenberg School for Communication.

Pelosi stands at a height of 5 Feet 10 Inches. 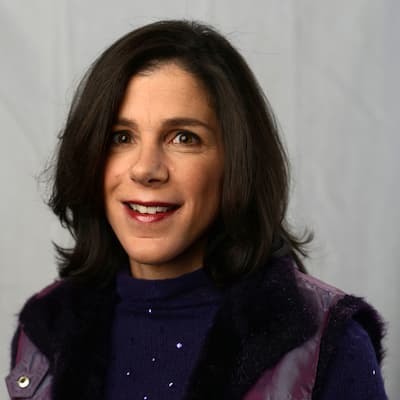 Michiel Vos is Alexandra Pelosi’s husband. Michiel is the son of Amsterdam and Geertruida de Boer of Borne, the Netherlands.

The couple got married in June 2005 at St. Joseph’s Church in New York. They first met in November 2002 at a film festival in Amsterdam. The couple has two sons.

Pelosi was convinced by Sheila Nevins to leave network news to work exclusively for HBO in 2001. She has since made 12 HBO documentary films with Sheila Nevins.

Alexandra returned to the campaign trail during the 2004 Democratic primaries, this time following the Democratic candidates. Later she created a documentary, Diary of a Political Tourist, which was accompanied by her first book Sneaking into the Flying Circus: How the Media Turn Our Presidential Campaigns into Freak Shows, about the process of selecting candidates for President of the United States.

Pelosi stated that her conversations with Candy Crowley of CNN, Howard Dean, and Wesley Clark inspired her to write a book.

In 2006, she created a documentary called Friends of God: A Road Trip with Alexandra Pelosi which is about evangelical Christians and which featured former pastor Ted Haggard. It aired on HBO in 2007 and later made a follow-up film The Trials of Ted Haggard, chronicling the exile of Ted Haggard from New Life Church after his sex and drug scandal, which The New York Times called “strangely intriguing”.

Pelosi, in January 2019, debuted “Goodbye Congress” on HBO’s Vice News Tonight – the film that features exit interviews with 14 retiring members of Congress, including Speaker Paul Ryan and 7 other Republicans who explain how Washington works.

Pelosi has an estimated net worth of $1 million.